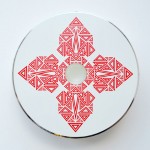 “…the three tracks of this inspired release could be considered as one of the most original translation of the sounds and presumably the mood from Ukrainian streets during the most turbulent moments for Ukrainian’s people, which reaches its acme on the longest final track “Slavlennya”, whose final quieter moments following the clashing sonorities and the scary martial echoes sound like resounding the dream of freedom (“Volya” is the Ukrainian word for “freedom”) that fluttered over the most quixotic believers…”

“… Anyway, it’s suggestive. It really isn’t hard to imagine a city drowning in yellow and blue, sometimes torn apart by the fiery glow of molotov cocktails. Zavoloka frays both the nerves and emotions. Sometimes the music calms down for a moment, only to explode with a vengeance (the last seconds of “Vilna” and the uncompromising “Syla”). Although all three pieces are firmly filling, I regret that it doesn’t last longer than those few minutes. In order to fully display the drama of that time…”