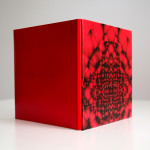 Review on “Transmutatsia” on Neural

Review on “Transmutatsia” on Neural:

“Transmutatsia is the latest work of Zavoloka, produced as usual by Kvitnu. It’s an industrial and noise sound tour, a six minute composition full of space atmospheres and dreamy digressions with tones now suggestive and praising, now ambient and elliptical. Different from former works of Zavoloka, an experimenter who loves the mixture between tradition and modern electronic technologies, the images played in this EP are not quiet and reassuring. The approach here is more cybernetic and dystopian, whirling and technoid, but this is still part of the broad background of this sound manipulator, free-form musician and performer. Not casually Cluster Lizard, a musician we recently listened to on Le Cabanon, was called to remix the work. As always, he performs a raw and vibrating sound-design, with science fiction and techno developments, made here even more dark, evocative and cinematic. As usual for the productions by Zavoloka, who is also a talented graphic designer, the album artwork is elegantly made. The impressive scarlet cardboard package is an additional reference to the hypnotic and concentric sound inspirations. Mutations and accumulation, the creation of new forms of expression, shimmering treatments and swallows, closed harmonies and lo-fi accents: the title refers to a continuous evolution but we don’t know if this is a new beginning for the Ukrainian experimenter based in Vienna or just a temporary passage, a casual return to the inspiration of the initial career. The result is interesting: the distortions and the irritating frequencies create some new hybrid musical evolution, in between some unconventional rhythmic structures and a high voltage travel, full of shocks. The analog plots remind of a mental and refined approach. Either productions are available on free download. The label also released the CD version and a very limited 10” vinyl with tshirt and sticker of Kvitnu (the purchase provided a special 95% discount on the entire label production valid for all 2017).”