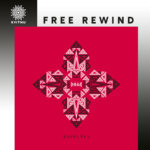 This release was created during Ukrainian Maidan revolution of 2014.
All percussive sounds were recorded at burning streets of Kyiv in
January 2014, when protesters were playing drums on destroyed
and burned down police cars and buses. Later on these sounds
were transformed into this three tracks EP.

Go, click “Name Your Price” and get this album!