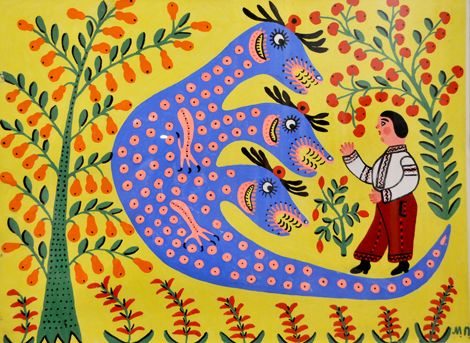 How to Protect Ukrainian Cultural Heritage?

Volodymyr Sheiko, director of Ukrainian Institute in an interview about cultural heritage sites now in Ukraine and what the whole world has to do to save them.

On behalf of cultural organisations and institutions in Ukraine, we are still asking for your solidarity and support. We call to boycott the Russian state now, until it completely withdraws from Ukraine and is held responsible for its war crimes:

Boycott events organised by Russian institutions as well as international foundations that are directly and indirectly linked to or funded by Putin’s regime and Russian capital;

Cancel any cooperation with Russian artists, no matter how great or famous, as long as they openly support Putin’s regime, silence its crimes, or do not publicly and directly oppose it;

Remove representatives affiliated with the Russian state or Russian capital from supervisory and advisory boards of your organisations;

Refuse any donations, funding or sponsorship from Russian organisations, their proxies, and affiliates based in other countries.

Today, the trope of ‘the great Russian culture’ is dangerous. Based on colonial and imperial legacy, it promotes aggression, exclusion, intolerance, and crimes against humanity. Please help Ukraine by stopping any cultural cooperation with the Russian Federation and communicate your decision publicly to encourage your peers to follow your example