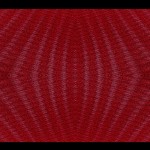 “You’ve Seen Me Before I”

Projections & Performances by Students of the Class in Art and Media at Vienna Academy of Fine Arts
During their exhibition curating project Prosperous Poison. On the Feminist Appropriation of the Austrian Unconscious, students of Constanze Ruhm’s class in art and media at the Vienna Academy of Fine Arts created films and performances that refer to various artworks in the mumok collection. The results of their exploration of works from classical modernism to the present range from projection to performance and will be shown in two evenings at mumok cinema.